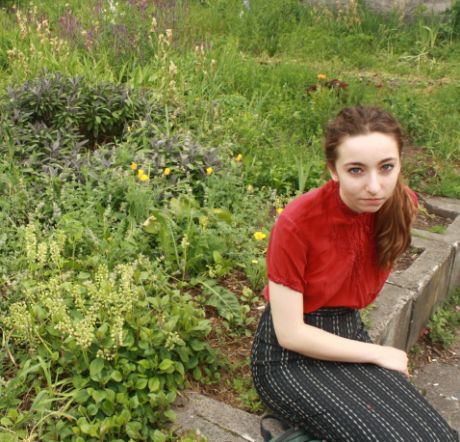 Why did you choose German as your minor?

I am of German Jewish descent, and maybe for that reason the language, culture, and history of Germany resonated in a specific way that motivated me to study it in depth at Rutgers.

The unflagging clarity of mind that every professor I encountered in the Department exhibited was certainly something I appreciated and admired very much. It’s not really an exaggeration to say that my time working with those professors taught me how to think -- that is, how to take the sort of nebulous ideas and perceptions one has in the world and organize them into something rigorous, systematic, and above all, historically situated. My time in the program felt a little like a lifting of the veil; exposure to psychoanalysis, in particular, opened up a ‘subtext’ in life I had always suspected but not had the words for.

What was your first job after Rutgers and how did you get it?

After graduating and traveling for a while, I moved to upstate New York and picked up a job as a court reporter in the now-abject landscape of formerly prosperous Rust Belt towns. The job had me travel all over the state and I was routinely inserted into bizarre and surreal locales to document, fly-on-the-wall style, the transgression of the day. It was a particularly elucidating job to take up right after college; my observation of these proceedings was very much colored by the reading recommended to me over the course of my studies, like Kafka and Gombrowicz, for instance.

What are your plans from here?

Right now I’m in the process of applying to graduate schools in order to pursue a career as a psychoanalyst. In retrospect my studies dovetailed quite neatly with this; I doubt I ever would have considered such a path had I not been exposed to psychoanalytic thought at Rutgers. And I do feel, having spent so much time analyzing texts and probing beneath the surface, that my studies prepared me in some way to help others process their lives and untangle some of those unconscious knots.

Looking back, what classes or experiences at Rutgers would you point to as contributing to your successes?

The various courses and programs offered by the German Department were very formative for me: Tales of Horror with Professor Behrmann; Intro to Literary Theory with Professor Levine; Marx, Nietzsche, Freud with Professor Rennie; and the FUBIS summer exchange program in Berlin all come to mind as particularly exceptional experiences.

What advice do you have for our current Arts and Sciences students?

Do your readings and study widely. It’s difficult to appreciate the extensiveness of thought and resources contained within the university until you no longer have access to it.